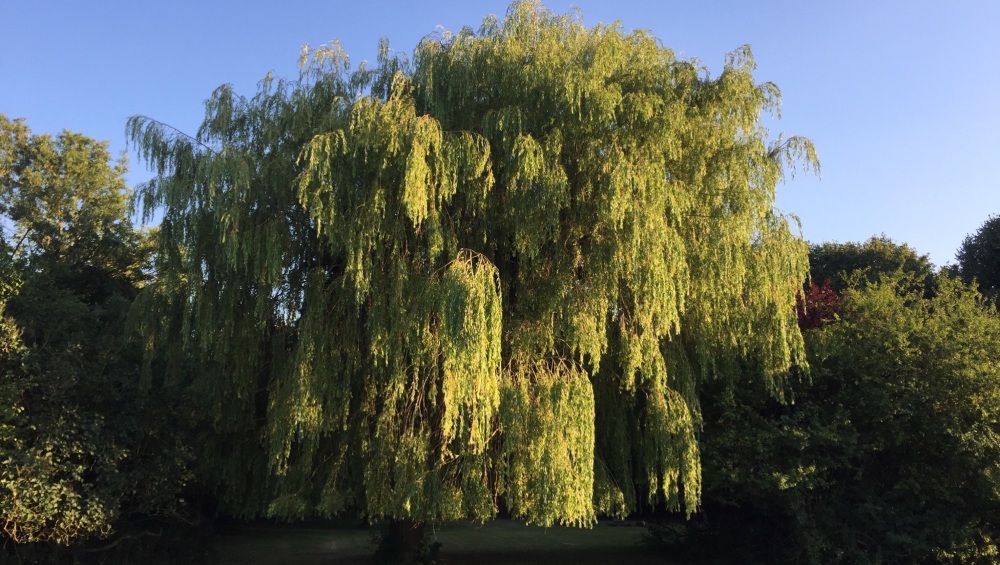 The funny thing about homesickness is that it waxes and wanes like a harvest moon; one week looming large and hanging ominously above everything, a few weeks later a distant and barely perceptible sliver in the endless sky.

They say homesickness has everything to do with attachment. For me it is attachment to a sense of place - a genius loci - which I only truly feel when I’m at home. And the thing which sparked it off most recently was the unexpected demise of a veteran willow tree in my garden back at home.

I buried the feeling for a while because it’s ridiculous to feel sad about a tree thousands of miles away, right? But it niggled and niggled and eventually came out as this poem:

Elegy to the willow

There lies an ache that lingers, deep inside of me

It’s really quite preposterous; I’m aching for a tree

That grew there in my garden while so many moons elapsed

The honey fungus slayed it - or was it last years’ drought?

I am away so cannot tell which evil snuffed it out

The verdant trees surrounding it lend proof beyond a doubt

It has wept its final summer, though I was not there to sob

The surprise I got on climbing! When, halfway up the bole

The nesting box redundant - perhaps my sorrow too

I wonder what I’ll plant there in the place the willow grew?

Trees provide the shelter that any garden needs

The vestibules of still, warm air that help give flight to bees

Enough to throw a blanket down and take a peaceful nap

Enough to calm the chaos in this ever-changing world

Perhaps that’s why I’ll miss it; why such sadness has unfurled 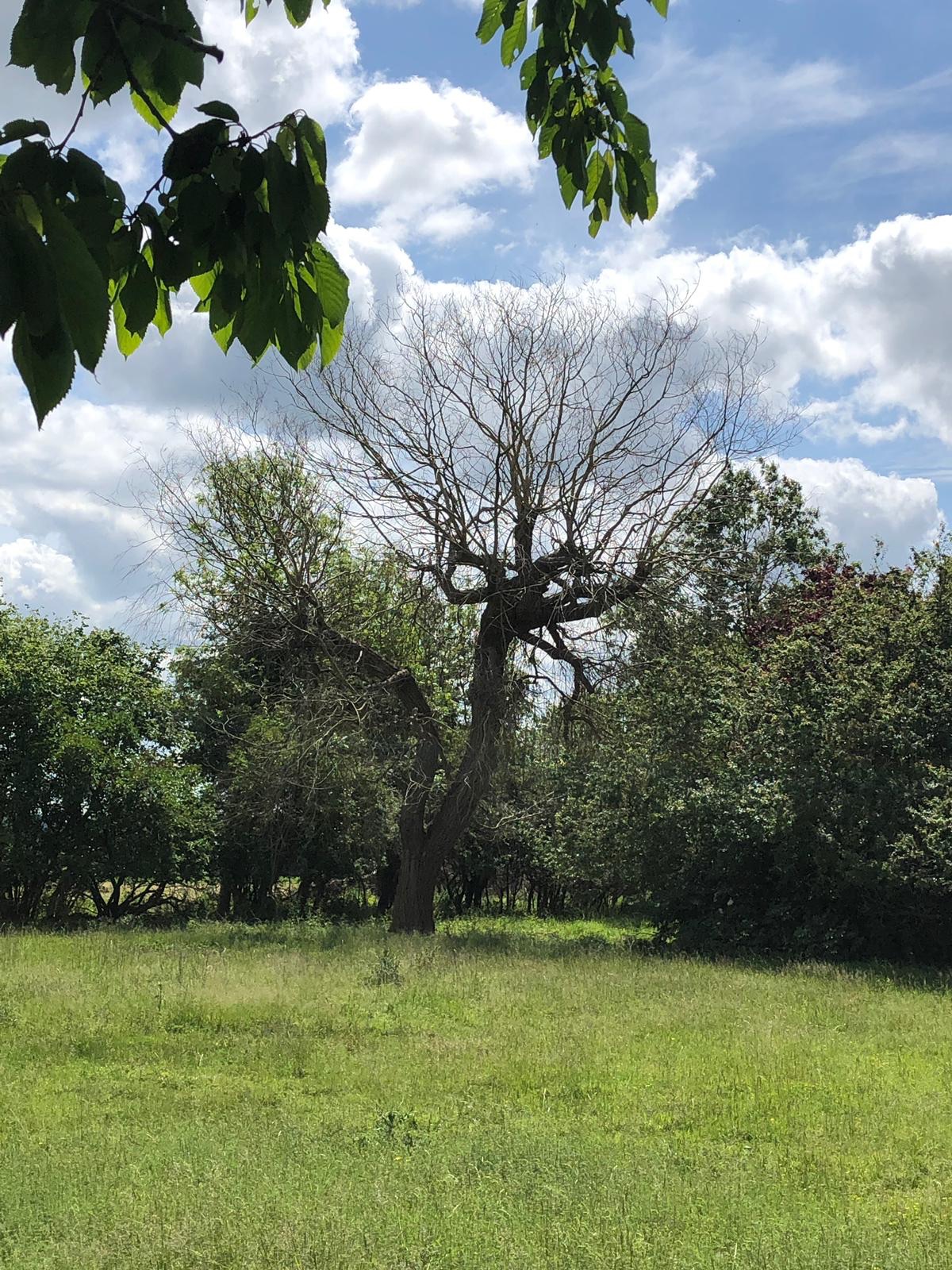 Willows are also known to support a large number of insects and epiphytes (non-parasitic plants which grow on other plants), and are second only to oak trees in this regard. But I couldn’t make this fact rhyme!

My dilemma now is whether to remove it (dead trees also play host to a remarkable variety of life) or leave it in situ and grow something up it. Of course I will first need to establish if it was indeed the drought or the honey fungus that killed it, which I will do when we return home this summer by examining under the bark at the base of the tree for signs of the tell tale white fungi. If the latter, I will hoik it out ASAP - we have lost several trees to honey fungus in the short time we lived there and removal is all that can be done in a bid to halt its spread. I’m hoping it was the drought; willows are water lovers and their roots will travel deeply to seek it out. There was certainly no water to be found last summer.

It’s likely I will have to remove it anyway as large dead trees present something of a hazard in a garden where children play. I feel bad for the woodpeckers, but perhaps their nesting box will finally be put to good use now.

I am no stranger to losing trees. We lost a large old walnut (pictured below) to honey fungus in our previous garden. It suprised us all one night by coming down in a storm with an almighty crack, graciously avoiding our house and the hen house but destryong my newly built vegetable garden. As shown in the photo, the trusty woodpecker nesting box also survived the fall! 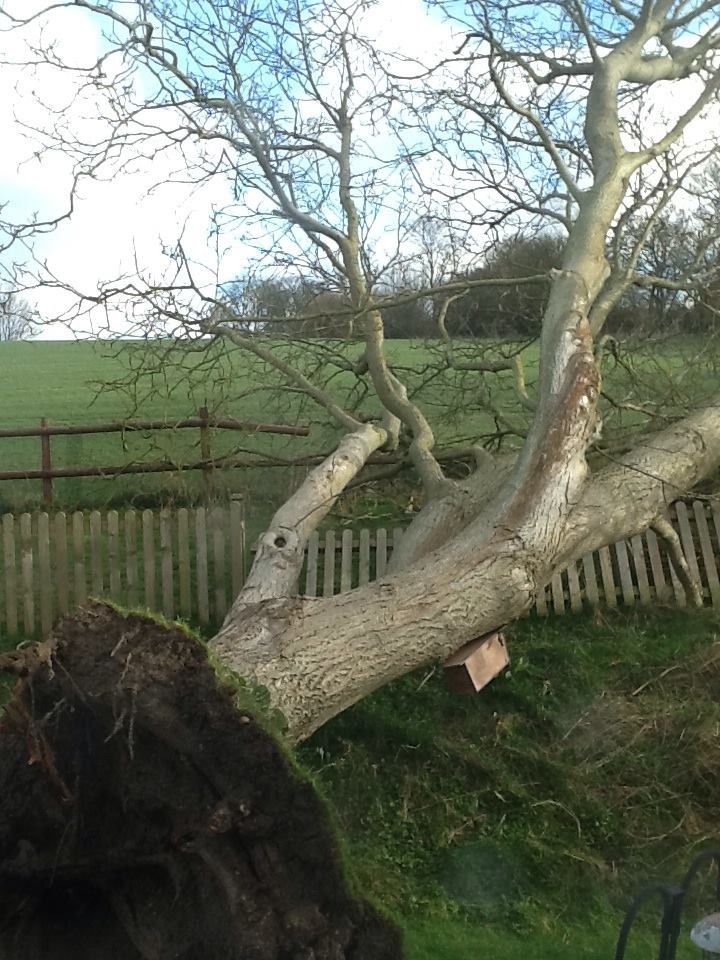